How To Stop Fear From Crippling Your Creativity

Also, among sensitive people who want to create something.

Why do I want to talk about fear today?

I have something to confess...

Since I've begun with my journey to transform my life, I've encountered some challenges on my way. Logical, you'd say.

And the challenges not only happened in human form but in the form of inexplicable anxieties as well.

One of them appeared a few months ago...

You know what people feel, who have flying anxiety?

Well... I have the same with getting into a car not to mention driving it.

In fact, it has become so bad that I had to use tapping (Freedom Emotional Technique) yesterday to be able to pick up my husband from work. He usually takes public transportation but we're moving to another city in less than one month, and we needed cardboard moving boxes available there for free.

Now, I've never been fully comfortable in a car - in a plane I funnily do! - but NEVER have I had such a level of anxiety thinking about driving alone.

Thankfully, I made it safely to my destination.

However, I had a pulse of 180 doing it, which is not particularly enjoyable. 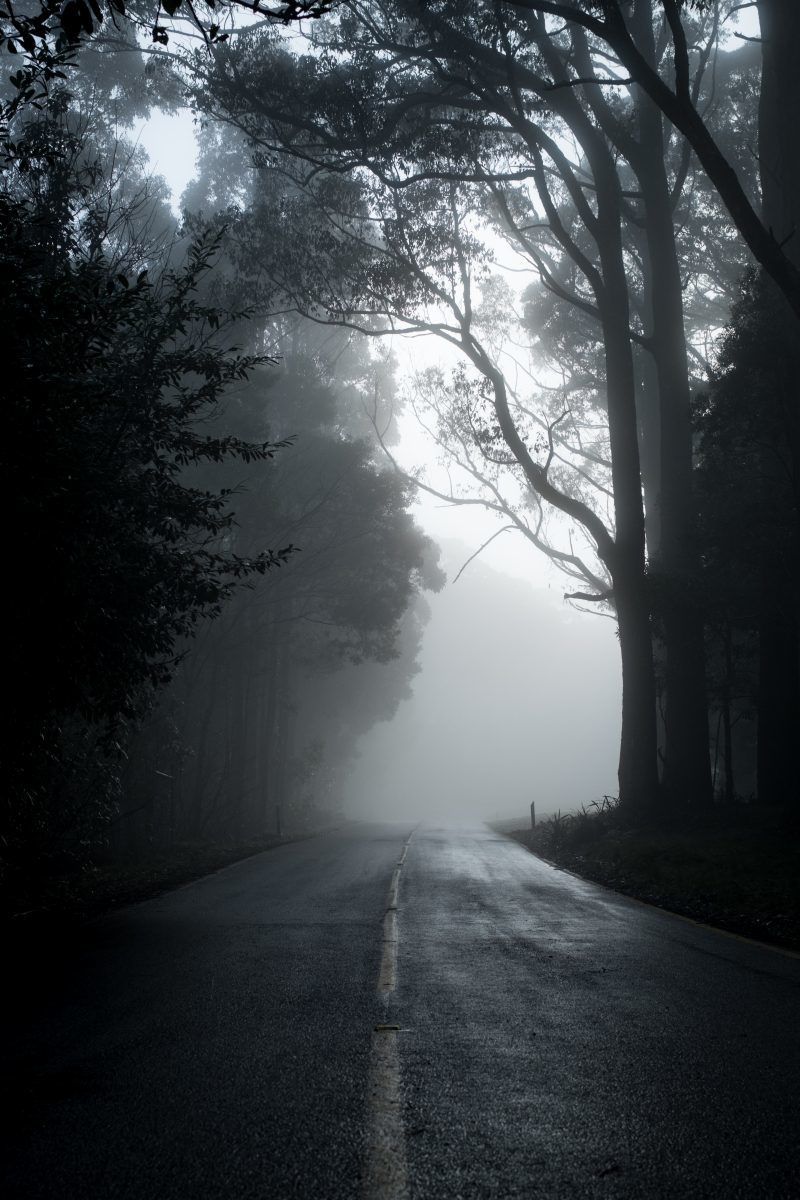 What You Must Understand

I'm telling you that little story because it's not trivial.

I realized that my fear of being alone - and by alone I don't mean a few days, not only can I manage that very well, I also love it - has been expressing itself increasingly strongly in the last few months.

Being able to drive from A to B is a form of independence. Although it's a physical one, it's tied to the feeling of being independent mentally and therefore not afraid of being alone.

The more I was afraid of being alone, the more I was submitting myself to being dependent. To situations and people.

I really had moments in the past few years where I thought I wasn't able to take care of myself.

I left home when I was 17 years old to move to another country. Then came back and had my first apartment at 18. Then went back, worked, started to study in a foreign language I hadn't learn at school, and managed everything - even if I had people who helped me on the way - BY MYSELF.

I'm not a super badass backpacking gal but I also went to Vietnam alone, despite the fact that I was terrified. 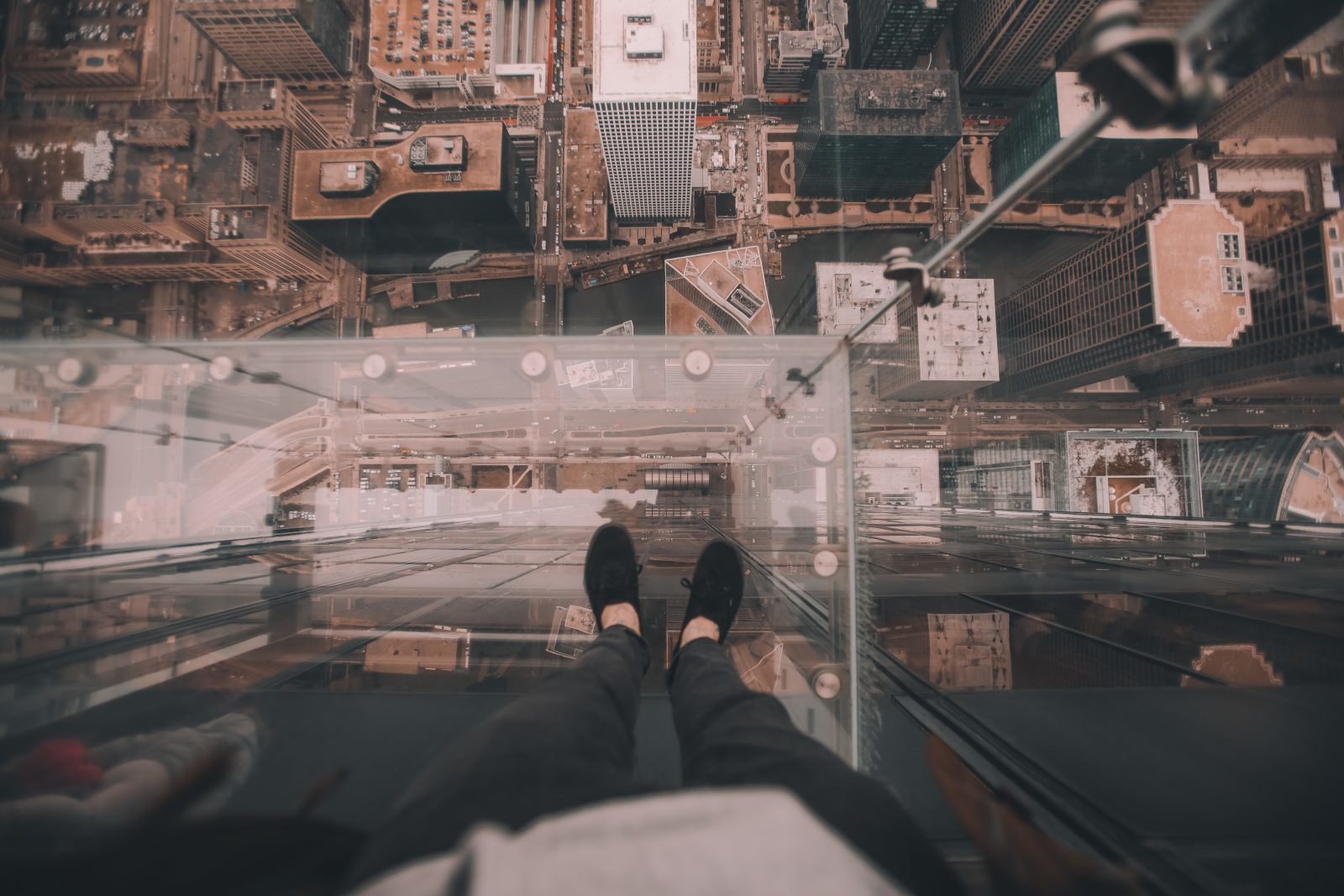 The Problem When Fear Rules Your Life

The problem with fear is that it cripples you. "Trivial" anxieties like getting into a plane or talking to people don't only deprive you of joy they also expand like cancer to other areas of your life.

Of course, if a grizzly bear was standing in front of you, fear would be a good thing. it wouldn't be the time to fight it (the fear), but to run as fast as you can...

Or to kill it (the bear), if such a thing is possible in reality. Please don't think I'm advocating the killing of animals here. Just, if my life and others were at stake, and I would stand a chance, I would take it.

A scene from "The Revenant" Unfortunately, Leo had not so much luck - don't click on this video if you think you can't take it.

The biggest problem with fear when nothing concrete indicates you should be fearful of is that...

It cripples you and transforms your life into a living hell.

And, of course, you can't be fearful and creative at the same time. Because creativity needs peace of mind and a playful and loving approach.

However, you could be creative if someone put a gun at your head but I guess you'll have to be highly trained or somehow "guided" to deal with that difficult situation.

A Scene from "Pulp Fiction". That guy was so terrified that he couldn't even speak anymore

In most cases, if you want to unfold your creativity, even if you have an assignment and you can't do exactly what you want, you need to feel at peace - and ideally "be in the flow" - at some point to be able to produce something.

AND attention please: Even if you're in a difficult phase of your life or you're remembering something challenging and it inspires you to create something, at this very moment when you create that thing, you'll feel at peace. Guaranteed.

I'm talking about that aspect because lots of writers, filmmakers, and generally artists, fear that the lack of drama in their life will dry out their creative self.

I think that it's absolutely bs.

And yes, lots of visionaries like the French poet Arthur Rimbaud - who died very young - or Philipp Dick, the science fiction author, were on drugs and drama 24/7. 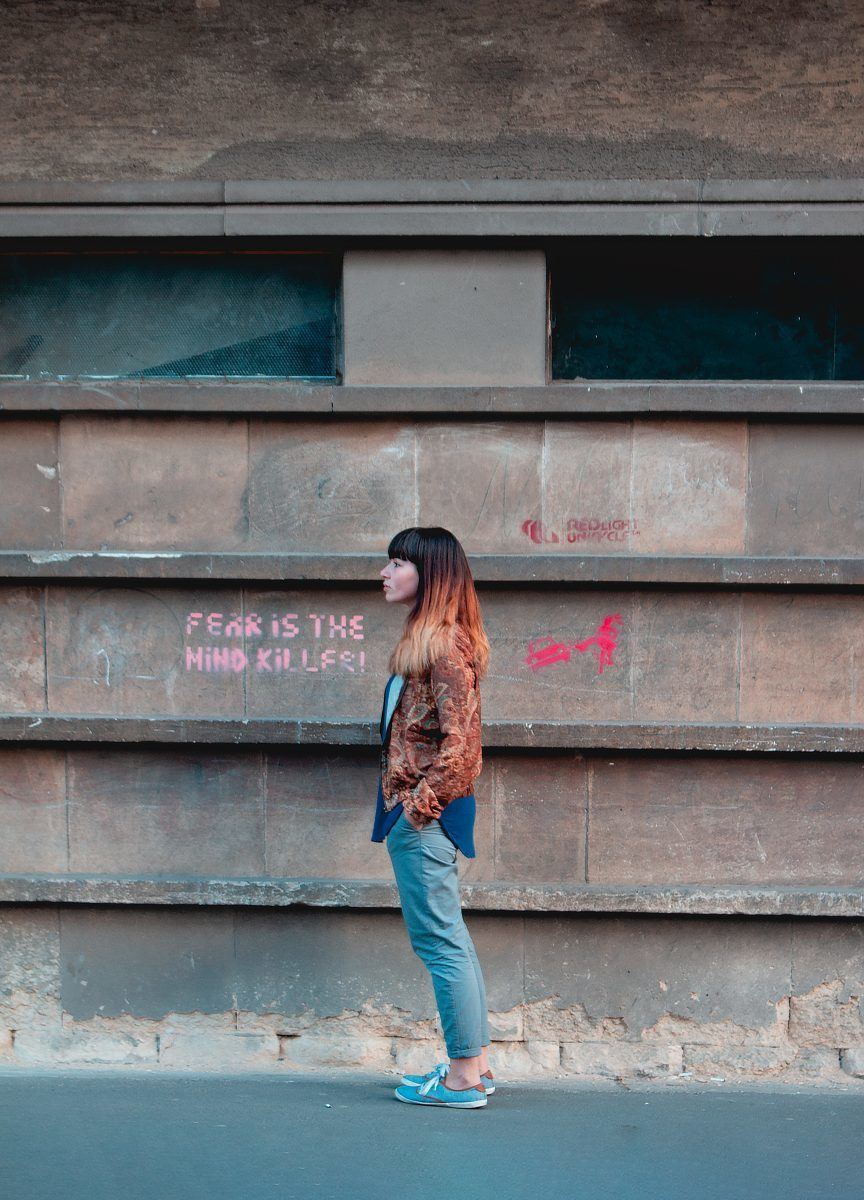 Why You Feel Fear

Now, in case you haven't read about the primal function of fear until now, here you go...

Our brain still has funny functions like the lizard brain.

The lizard brain (limbic system) rules everything that touches the essential functions of your body. So, practically everything from what regulates hunger or the need to reproduce...

Obviously, it also controls your sense of danger and fear.

If something wrong was going to happen - like a predator running towards you - reacting appropriately is a matter of life and death.

Therefore your brain is wired to have negative and fearful feelings whether you like it or not. 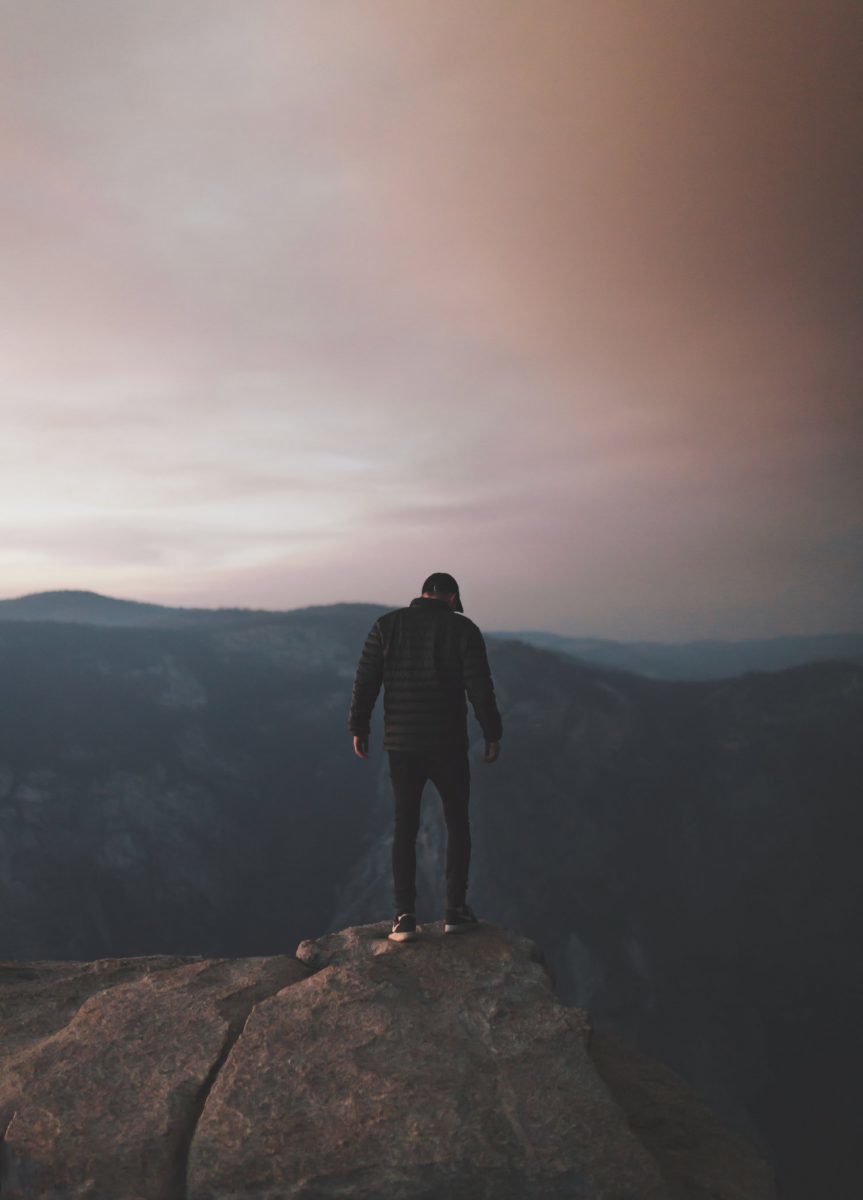 Never Bow To The Fear

Being creative means also being vulnerable. Vulnerability expert, Brené Brown, explains best what can happen if you shut everything down. She has written several books on the topic and has over 20 years of experience in the field.

Her Ted Talk has over ten million views on YouTube.

The essence of what she says is that, if you never take risks and therefore be vulnerable, you'll never make a mistake.

But you'll also feel dead inside. 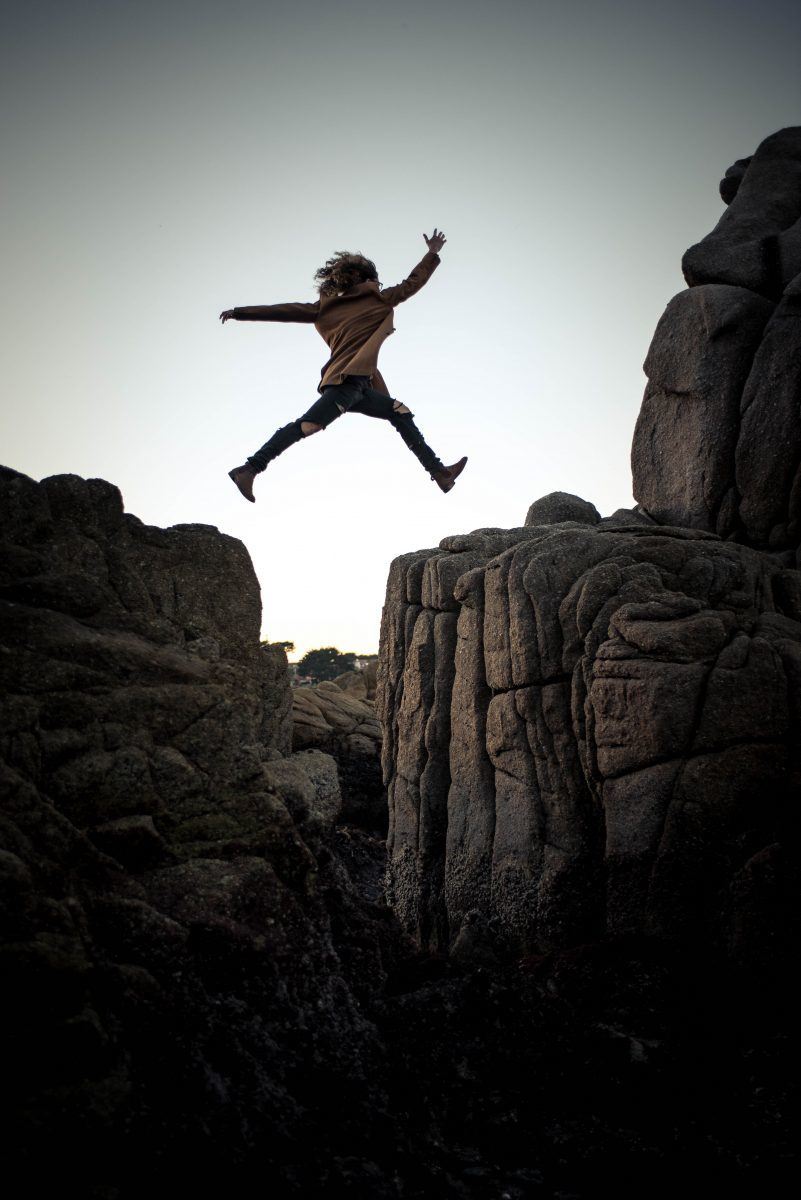 Fear Is A Good Thing if You Go Towards it

As long as the danger isn't imminent and life-threatening...

You should go toward what you're afraid of.

Because, unfortunately, there is no other way arround.

If you try to take a detour, you'll make space for fear to grow. Every time you let fear takes control, you'll shrink.

Some of you may know The War of Art by Steven Pressfield...

One of the important things he says is that fear is an indicator of what you should go towards.

Now, he's not the only one to say that. And if you have a hint of self-awareness, you'll also recognize that the things you're the most afraid of, are often the things you should aim for.

And like I said, I'm not talking about jumping from a bridge. Unless...

You have a parachute.

I'm talking about that thing that you've been postponing for months or years because you're afraid of the outcome.

Now, that you've understood that there is no such thing as numbing fear without feeling dead inside as well, and killing your creativity along the way, I'd like to share a quote by Brené Brown that explains eloquently how it works:

"The courage to be vulnerable is not about winning or losing, it's about the courage to show up when you can't predict or control the outcome."

And being creative is being vulnerable per se.

If you're not open to falling flat on your face, you're never going to create something that stands out.

So, next time you feel that you're increasingly shrinking inside, remember this:

"Like self-doubt, fear is an indicator. Fear tells us what we have to do. Remember our rule of thumb: The more scared we are of a work or calling, the more sure we can be that we have to do it. Resistance is experienced as fear; the degree of fearequates to the strength of Resistance."

- Steven Pressfield, The War of Art