It’s Time To Stop Being Mediocre

Do you think you're mediocre?

If you do, then it's a sign you have to work a little harder on yourself. Whether on your self-esteem or on your skills. But probably not exactly the way you think.

If you're reading those lines chances are that you have a high standard for yourself anyway.

However, in both case the question is...

Do You Tolerate Mediocrity?

Do you tolerate mediocrity in yourself and others because it's convenient?

Do you think mediocrity is a normal and acceptable part of life?

Or do you avoid talking about it because it scares you?

Chances are all of the above.

I know how brutal that sounds and that life can't be high standards all the time, but think about this:

If you are unsatisfied with certain areas of your life it means that you settled for something less than you desire.

You gave up because it feels overwhelming and you don't know how to make things happen. So instead of reaching out for a higher standard, you lowered your expectations.

Still, if you can't find total satisfaction in mediocrity, it means that you maybe need to try to raise your standards one more time.

The problem is you. It always starts with you. But the thing is, your surroundings aren't making it easier either.

First, we're living in the Golden Age of contradictions. We're bombarded with information from morning to night - okay we could avoid it all together - that are going in opposite directions all the time. Even from friends. Don't you have a friend that tries to contradict you all the time and then tells you back (almost word for word) what you told him 6 months ago, as if nothing happened in between?

"Look what is possible! But, wait it's not for you." "Follow your dreams!" "Stick to what you can" "Reach for more!" "Be happy with what you have." "You can achieve anything." "Not everybody can be..." "Raise your standards!" "Lower your standards" "The most important thing is happiness." "This happiness thing is a scam." "The universe has your back." "We're meat bags running around and there's no such thing as an intelligent universe" "Work hard! " "Surrender!" "If you don't have the entrepreneur DNA, then..." "There's no such thing as a determination." "Avoid carbs!" "Avoid fat!"

Sometimes even coming from the same person at two different moments without any explanation in between. You get the point.

There is one thing you should know about me:

The truth is that being congruent is hard.

Most of the influential people you admire and want to model are not congruent 100% of the time.

If you're also sensitive to this, you'll probably notice contradiction everywhere.

But if you're self-aware, when the discrepancy between your ideal standards and your current reality becomes massive, you're living in a permanent state of friction.

At some point, that discrepancy becomes so overwhelming that you choose to give up. You don't pursue dreams dear to your heart because it feels out of reach. 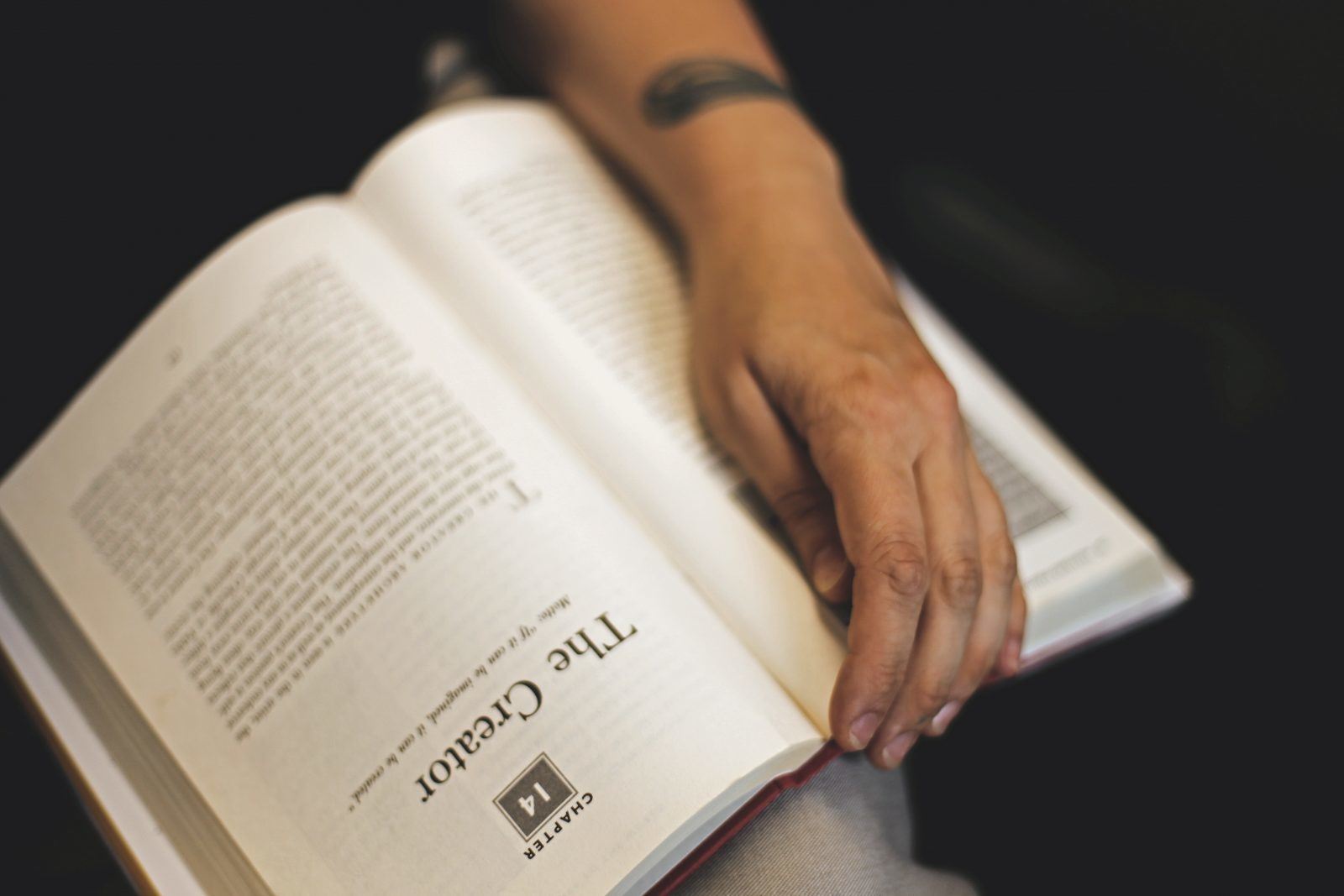 The thing is, if you want to become good at anything, you'll have to start somewhere.

Make baby steps towards your goals. At first, you'll probably suck. You might have a natural talent for something and progress way faster than others would in the same situation, but at some point, you'll reach a plateau.

When the learning, understanding, and taking actions towards a goal don't feel right anymore, that's were the ones who become excellent at something push further, while the others give up.

Now, don't understand me wrong. I'm not saying that everything has to feel heavy and hard. If it feels that way all the time, it's whether because it became a self-fulfilling prophecy ("Every worthy goal has to be hard to be reached"), or because you're not in alignment with what suits you best.

But, in any case, a crystal clear path without any doubts and some kind of friction, isn't a reality. Even, if you're in total harmony with yourself, every time you reach for something you've never done before, you'll have to leave your comfort zone. Meaning becomes a version of yourself you aren't now. And growing involves some frictions in the process because you're leaving the "old you" behind, and this "old you" is going to fight to survive.

Unfortunately, our brain still is influenced by thousands of years of evolution. It's here to keep us safe, alive, and avoid efforts at any price, not to make us happy and fulfilled.
Once you've understood that friction, doubts, and contradiction are part of the process, and don't fight but acknowledge it, without taking it too seriously, you'll start to experience more "flow" in your life.

Resistance starts when we begin to judge a situation and ourselves. 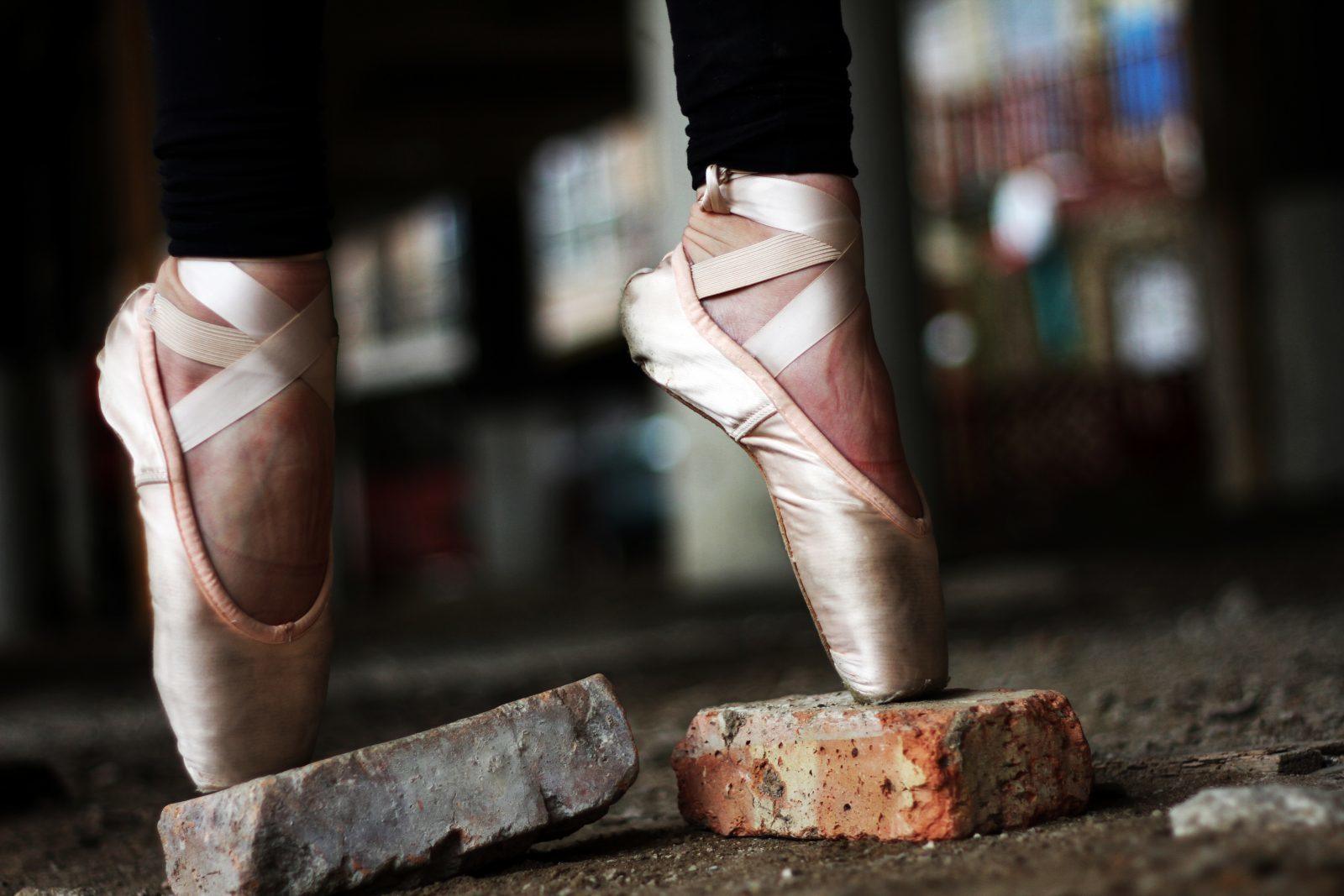 How to start becoming excellent at something?

A piece of current advice you'll find out there is to focus on the "one thing" you're naturally good at and also want to be good at.

It's not a bad advice per se, but I think desire (no matter your state of knowledge or natural talents) is way more powerful than what you're good at.

An initial desire is the number 1 energy factor that will make you progress.

And it doesn't matter where your desire comes from. If you saw someone in the media who achieved what you want to achieve, or if your mother whispered that desire into your hears:

Follow it. If it's not yours, you'll notice soon enough.

And forget mind-mapping and excel tables to list out what you can do and what you've already done. Forget your past and your qualifications, what people say you should do, or think you can do well (which is often half the truth), or what people want you to do.

Because when it will start to become hard on your way to becoming excellent at something, none of that will fucking matter, your true desire will.

So, how to start becoming excellent at something?

Follow your heart, your intuition, your desire, what energizes you, you name it, not "the market". In other words, what other people want.

See, mediocrity arises when the majority determines what's hot and what's not and everybody adapt their behaviors according to what others do.

This is where we get exposed to copy-cats of copy-cats, in other words: mediocrity.

And mediocrity is contagious. 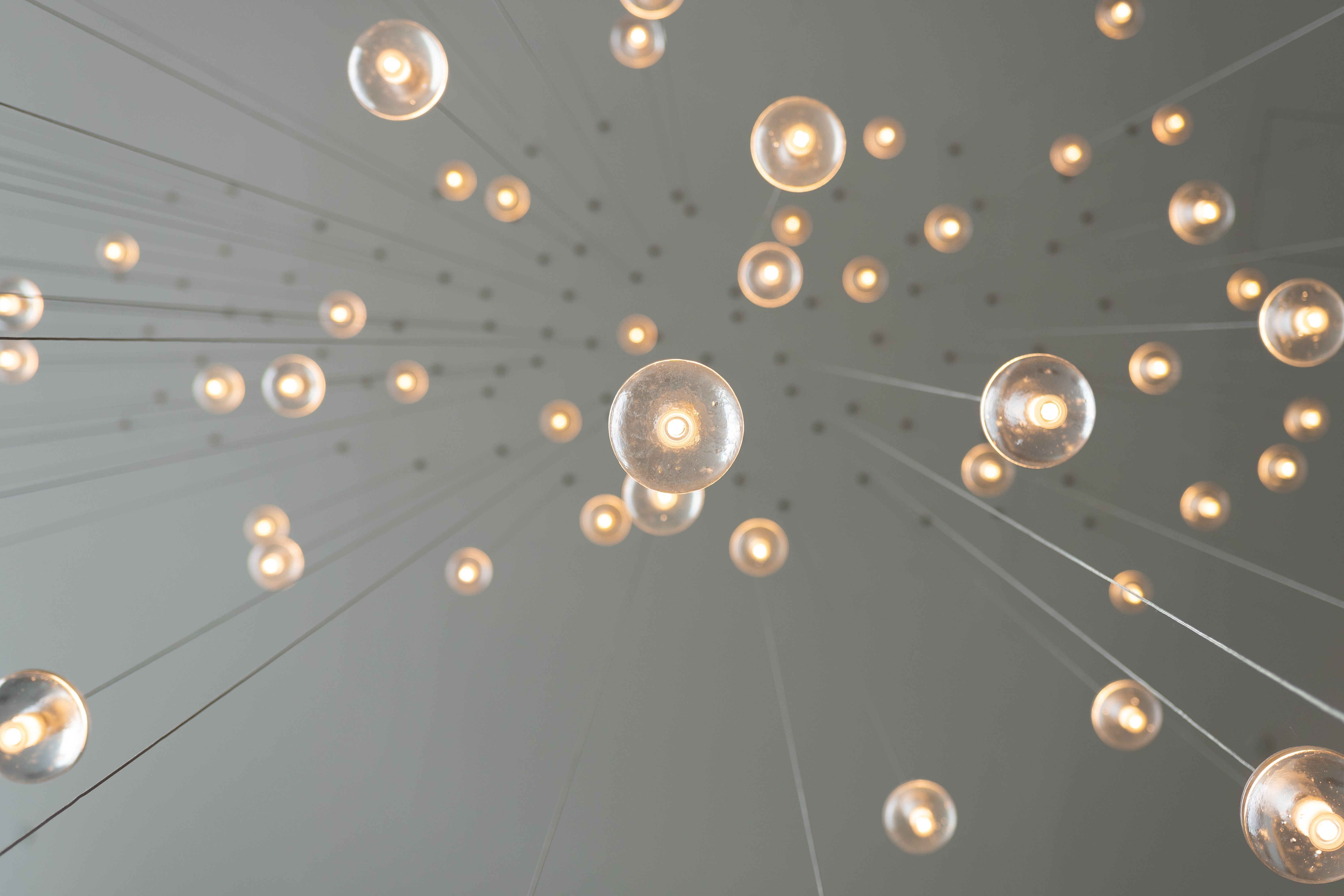 Being exceptional is hard mindset work

And it all starts with mindset. You can be as talented as you want and as smart as you want if you let other people's expectations in, your journey to becoming exceptional will become hard as hell.

Fuck what the "gurus" and "experts" say, they're not you. Hell, fuck what I say.

The "hard work" is necessary but a rock-solid mindset comes first.

You need to preserve your energy, your drive, and your originality, like your life, depends on it. Because it does.

Seek for a particular skill set from others, but NEVER EVER (particularly from a life coach) ask others if you're on the right path. Because:

THEY DON'T have a fucking clue. Only you do.

Truth be told, people love to give unsolicited advice and comment your life choices, even if they don't have a quantum of their shit together.

I can tell you from my own experience: Every time I diverted from my path, someone else was involved. Of course, it was my fault because I let it in. So, be super-duper aware of that. As long as you're not rock-solid in your mind, you avoid manipulative and fearful people like the plague.

And I guarantee you, once you've started working on your mindset and avoiding any individual that seeds doubts in you, the "work" won't feel as hard anymore. It's actually the easiest part.

Yes, of course, it will still be work, but it won't feel like a permanent struggle anymore.

The secret is to train yourself to become more and more consistent. Not to work 18 hours a day for 3 weeks and then give up because you feel exhausted.

But most people stop right here.

They do rather mediocre things or what everybody else does than putting the work in to constantly improve and get exceptionally good at what they do.

Of course, it's not an obligation to be exceptional but if you still think that you're mediocre in something and feel bad about it, it's a sign that you should dive a little deeper into it. By asking yourself why this feeling disturbs you and depending on the answers, let it go and make peace with it, or taking actions towards getting better at it. 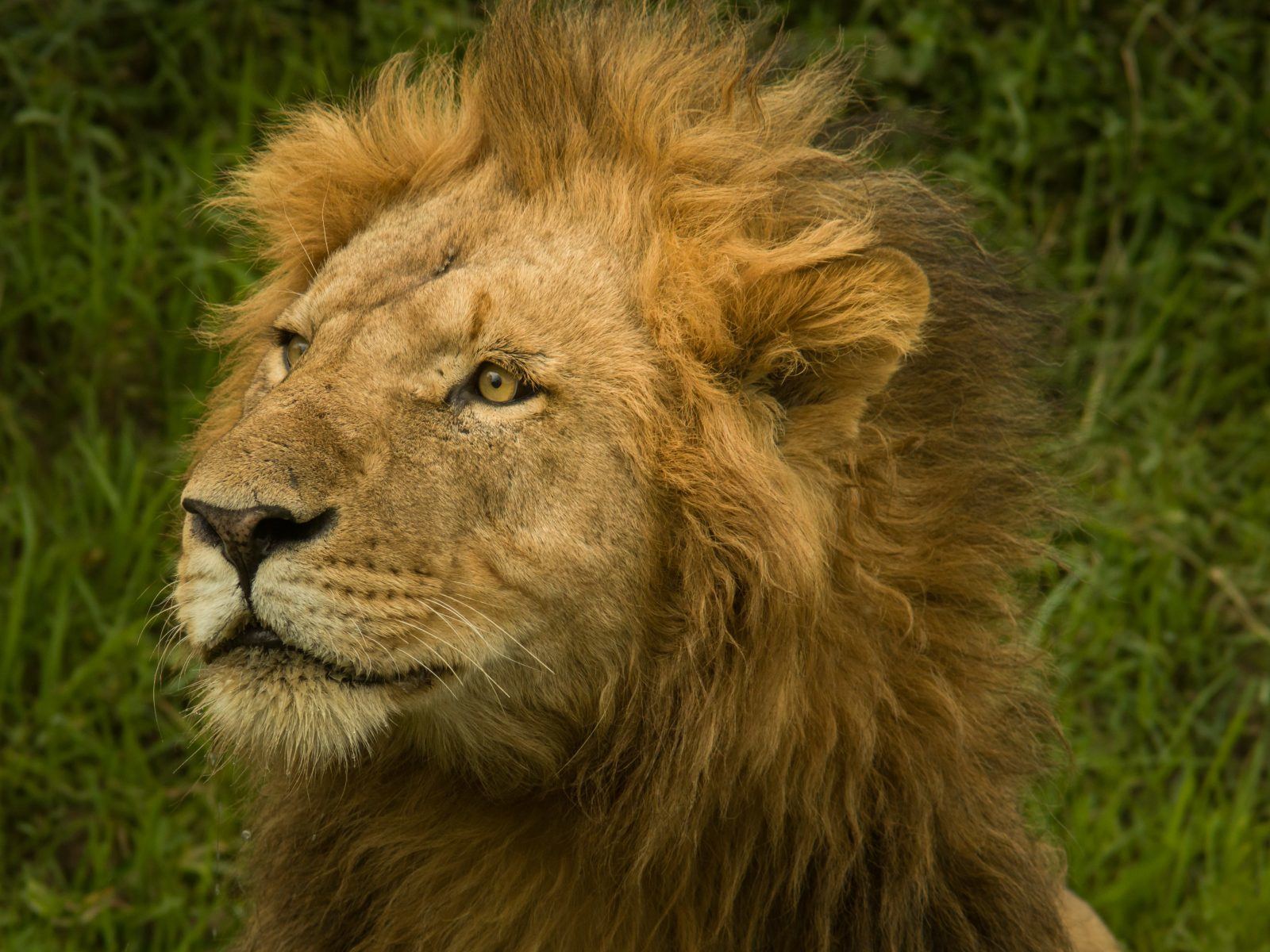 Find your courage and change your perception on commitment

Committing to something can be scary.

That's one way to interpret it.

The other way to perceive commitment could be the following:

What if you would commit to yourself, your well-being, and your accomplishments?

What if you started to feel so important in your own eyes (please don't confuse this with being a narcissist) that you would commit to doing everything in your power to support yourself the best possible way, so that you can be healthy, wealthy, and fulfilled?