How to develop discipline and consistency.

You probably agree that if you don’t have any discipline nor consistency, you’re not going to get far in whatever you might want to achieve.

I get also, that forcing yourself to do things you don’t want to do all the time, isn’t a good place to be either, especially if it’s a habit.

Whether you think you’re disciplined or not, can depend on what experience you’ve made from a young age.

If you did a lot to satisfy your parents, and you never got any rewards or recognition for what you did, you’re never going to think that what you do is enough – that you are enough.

If you got applause and an award every time you moved your little finger, you might have a hard time withstanding the frustration of not being rewarded and appreciated for everything you do, which is also not a very comfortable place to be.

The thing is, thinking you’re not disciplined and consistent enough is a self-limiting belief. And I know how much this expression is being used lately, but it’s because it strikes a nerve.

In this article, I’ll show how to flip the script and stop thinking as yourself as someone who doesn’t follow through. 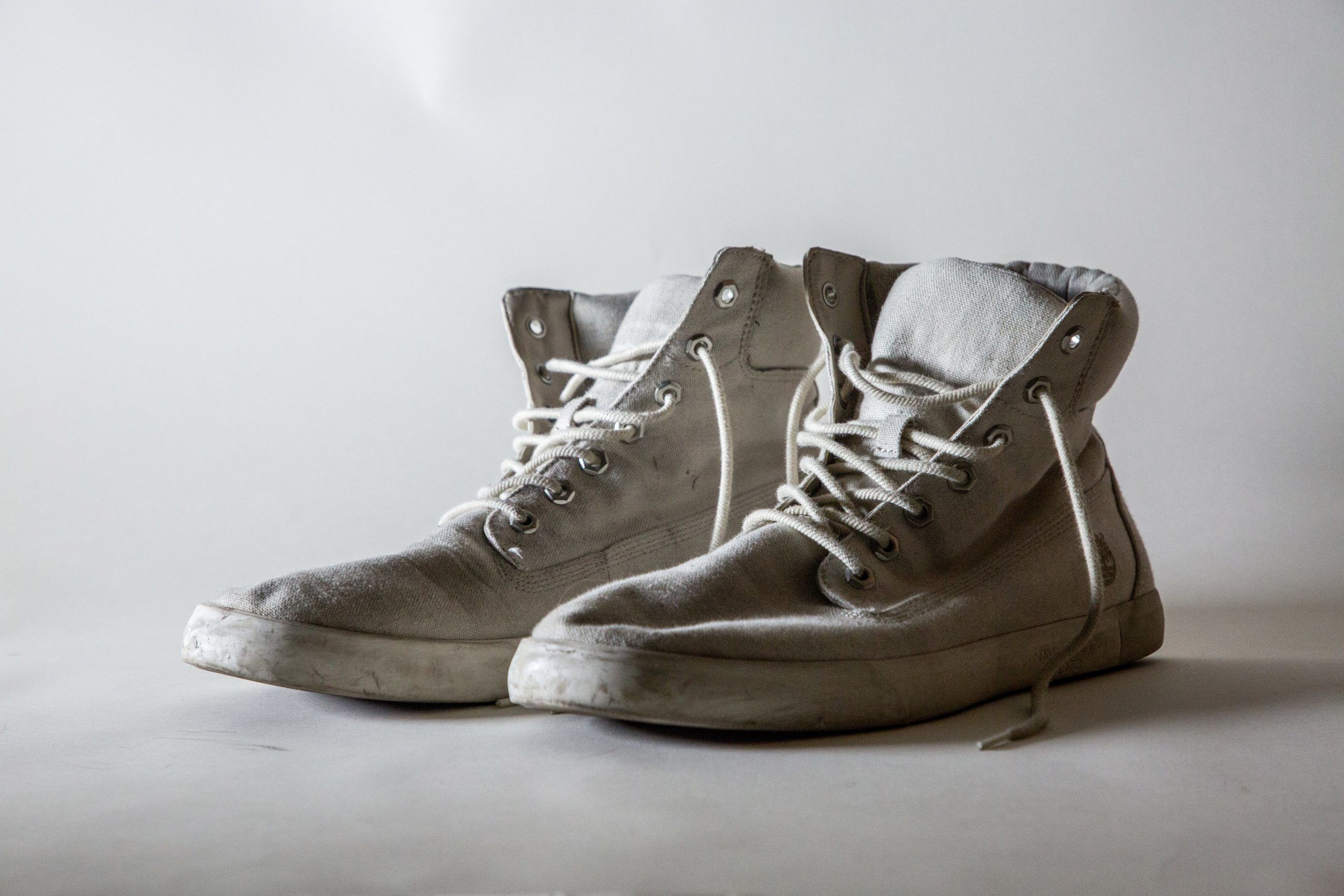 In the introduction, I’ve implied that the way you behave today is influenced by what experiences you went through as a child and haven’t overcome yet.

In other words, when you “lack discipline and consistency” it’s your inner child that demands to be heard on something. Whether, your behavior is a perfect match of what your authority figures have taught you through their own behaviors and what they told you regularly, or you’re rebelling.

But, in both cases, when you’re not at peace with yourself with something you’d like to change, something is going on in the back of your mind, that you’re not aware of.

Now, I’m going to be a little controversial here. I think the inner child approach can work wonder but I also think that, at some point, you should take the adult pragmatical perspective, and think about your problem as a product of what you do now.

The past has nothing to do with your present. It’s done and over.

Now, I’m not saying that I don’t sympathize with the root cause of your struggle, I’m saying that from now on, you can change everything if you want to. Nothing is set in stone.

The only thing that exists now is the present moment. No past. No future.

Except that your future still is influenced by your present actions. Your past isn’t. In your mind maybe but not in your material world.

It sucks to have had a difficult childhood, however, it does not influence your present, except if you let it.

Now, it’s easier said than done, and I’m all for doing the deep work to declutter what’s blocking you. A majority of my posts are exactly about that. My upcoming online training, Mental Debug, is about the deeper blocks that are running and "ruining" your life.

However, I’d like you to be open-minded and introduce you to another way of perceiving the challenges you struggle with in your daily life. 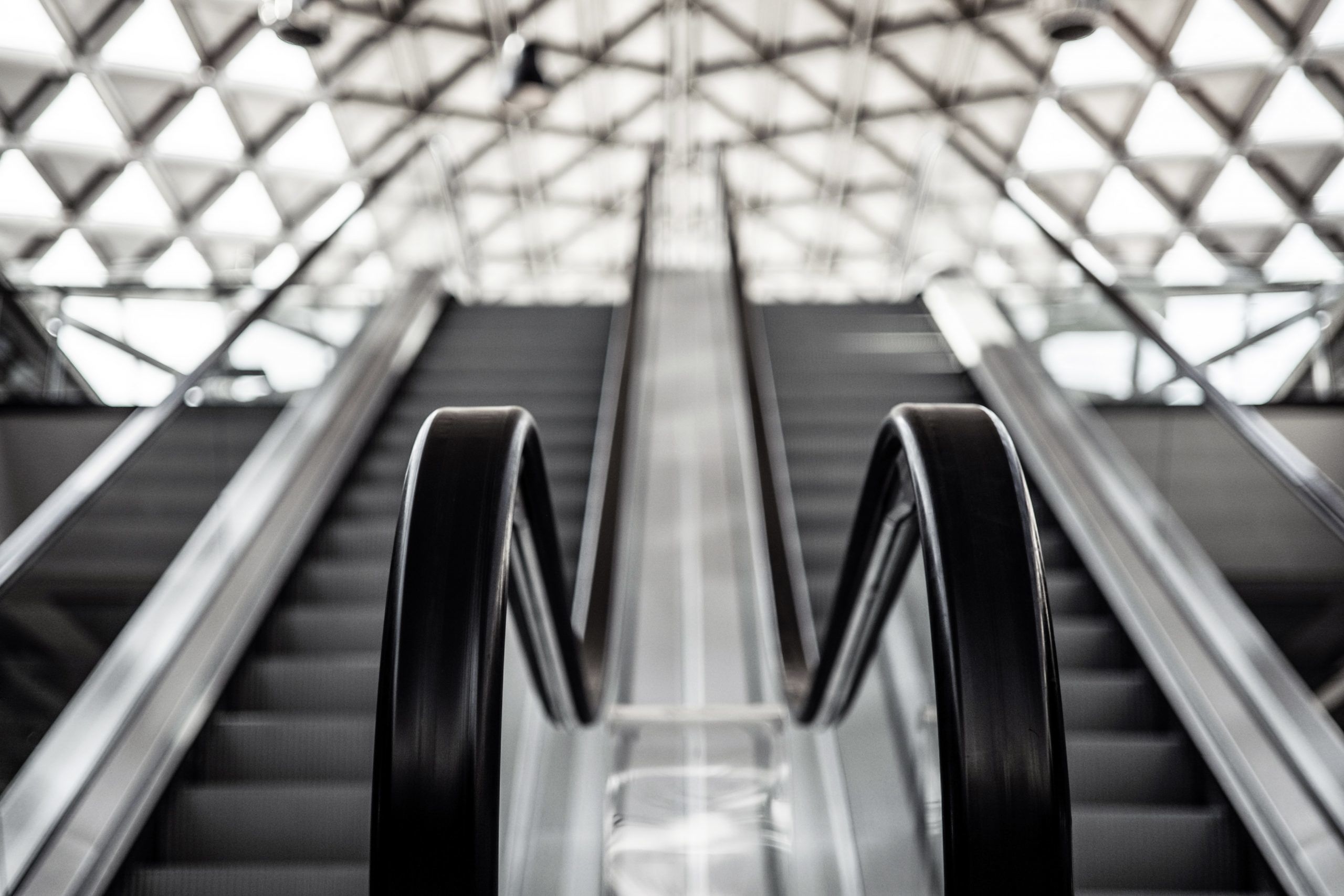 Another possible way to perceive why you’re not disciplined and consistent.

There is an individual psychologist known from the time of Sigmund Freud, but who followed a very different path in the world of psychology and psychoanalyze. He has probably influenced lots of coaching concepts, which are, more solution-oriented than "deterministic" like Freud’s psychology. His name is Alfred Adler.

One of the concepts that Adler is known for is to see some causal relationships as what he calls “apparent causes and effects.”

In other words, Adler states that thinking that your past is influencing your present is a false conclusion.

Let me give you an example from the book “The Courage to Be Disliked: How to free yourself, change your life and achieve real happiness” by Ichiro Kishimi and Fumitake Koga inspired by the work of Adler.

The book is built like a conversation between a young man and a philosopher who discusse the challenges of life.

At some point, the philosopher explains to the young man that people often confuse what is an apparent cause and effect with a real causal relationship. As an example, he quotes a man who has told him: “the reason why I can’t just simply marry someone is that my parents got a divorce as I was a kid.”

Now, that might make sense. That the man can’t trust that a marriage can work because his parents didn’t exemplify a happy marriage themselves.

But if you think about it a little deeper, out of context, that sounds completely absurd. What does one thing have to do with the other?

However, that’s truly how lots of people reflect on their past and unconsciously operate in their lives.

Following that logic, the divorce of the parents created a trauma that induced his negative perception of marriage in general.

While Freud’s psychoanalyze would concentrate on the apparent reason why someone would avoid marriage, Adler’s concentrates on the goal that people follow by behaving in a certain way.

It’s not about denying that trauma is a real thing that can break people’s life, but about understanding this:

In the present moment, when you’re avoiding something, you’re following a strategy.

You get something out of doing nothing about a situation that annoys you on the surface or you avoid what you think is going to be painful for you.

Strictly speaking, and as an example, the fact that you were made fun of or bullied as a kid has nothing to do with your current social phobia.

So, now let’s take the example of fearing to lack discipline or consistency if you set yourself a goal.

“I’m not disciplined and consistent, therefore, I can’t be successful.”

According to Adler's theory, what you are saying is this:

“I don’t want to be disciplined and consistent.”

Because being disciplined and consistent could mean work and efforts on your part that you’re not ready to make, yet.

Maybe you are not fully happy with the way you live right now, but if you haven’t done anything about it until now, it means that the discomfort you feel isn’t big enough to make you want to put the work into becoming disciplined and consistent.

So, absolutely nothing to do with your childhood or how your parents treated you from this point of view.

But of course, you can turn that around if you want to. One of the secrets is to change your perception.

How to change your perception and flip the script.

Now, I’d like to speak about a topic, that is crucial regarding self-limiting beliefs:

Why is that important?

Because we build our lives around what we think our identity is. However, identity is versatile and multidimensional.

What do I mean by that?

That means that you can be all at the same time, a wife, a daughter, a mother, and an American citizen. You might be Christian, Muslim, Buddhist, Jude, Atheist or Agnostic. Your mother tongue might be English, Chinese, or it might be Spanish. It doesn’t matter, the point is, that all of those facts are identities.

On a personal level, you also have traits of character, preferences, habits and so on.

Those are “realities” that can theoretically change in the course of your life.

And your character is going to change in the course of your life as well.

You might have tendencies, but basically, there are way more "facts" of your present life that are versatile than you think.

Understanding that identity is a mental construct, is not about making you having an identity crisis, it’s about understanding that you are the master of your life. You shape what you think about yourself actively.

So, why not shaping an identity that makes you feel good, powerful, and support you in undertaking whatever you’ve set yourself up to?

If you want to become an entrepreneur, start by saying you are one. Act on it, to back up your belief, of course, but don’t ask others to define you as one. Because in the beginning, nobody or very few but yourself will see it.

You can’t expect people to identify you as such if you don’t identify yourself with it first.

Let’s talk about something common and even more concrete: Smokers who try to stop smoking but don’t succeed.

Why do people quit smoking and start again after a while?

Is it the nicotine dependency? I don’t think so. Nicotine is flushed out of the body within a few days.

One aspect is because the act of smoking responds to certain psychological needs and it becomes a habit.

Meaning, if you start smoking to cope with stress, to enjoy yourself, because you’re bored, after you’ve eaten something when you’re out for a drink with friends, and so on, you associate cigarettes with all those activities.

That's what makes it difficult to quit because every time you are in a similar situation – in this case, more than one time a day –, you are going to miss something.

But one deeper reason why ex-smokers start to smoke again is because they associate their identity with it.

And so, do other people around them. People think “I’m a smoker” or “I’m a non-smoker”. So, if someone thinks he is a smoker when he will quit, he will think of himself as a smoker who doesn’t smoke anymore.

And that’s the same thing that is happening when you try to accomplish something new and you fail at it. 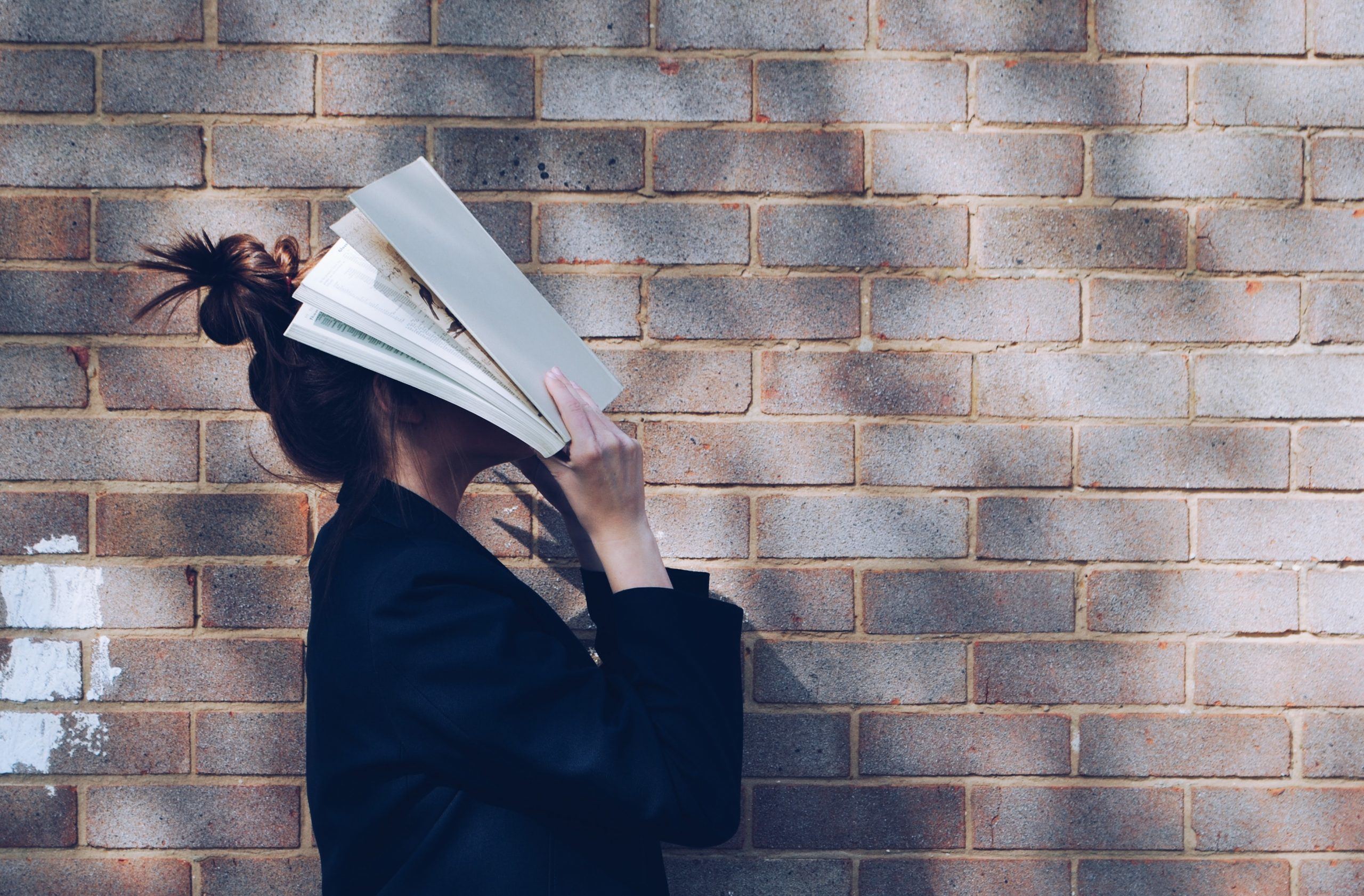 You have an identity that is tied to failing at similar things.

If you never finish things you think you are a dabbler.

If you can’t network, you think you’re introverted or shy. (Introverted is a biological phenomenon, the way your brain reacts to an external stimulus while shyness is socially learned)

This runs very deep into our subconscious. And this is what is going to be activated every time you try something new.

If you try to go regularly to the gym but haven’t had this habit once in your life before, your subconscious is not only going to tell you that you should stop and take it easy, but also send you this message: “You’re not sporty anyway.”

What you think you are or are not is essential in making or breaking your success. 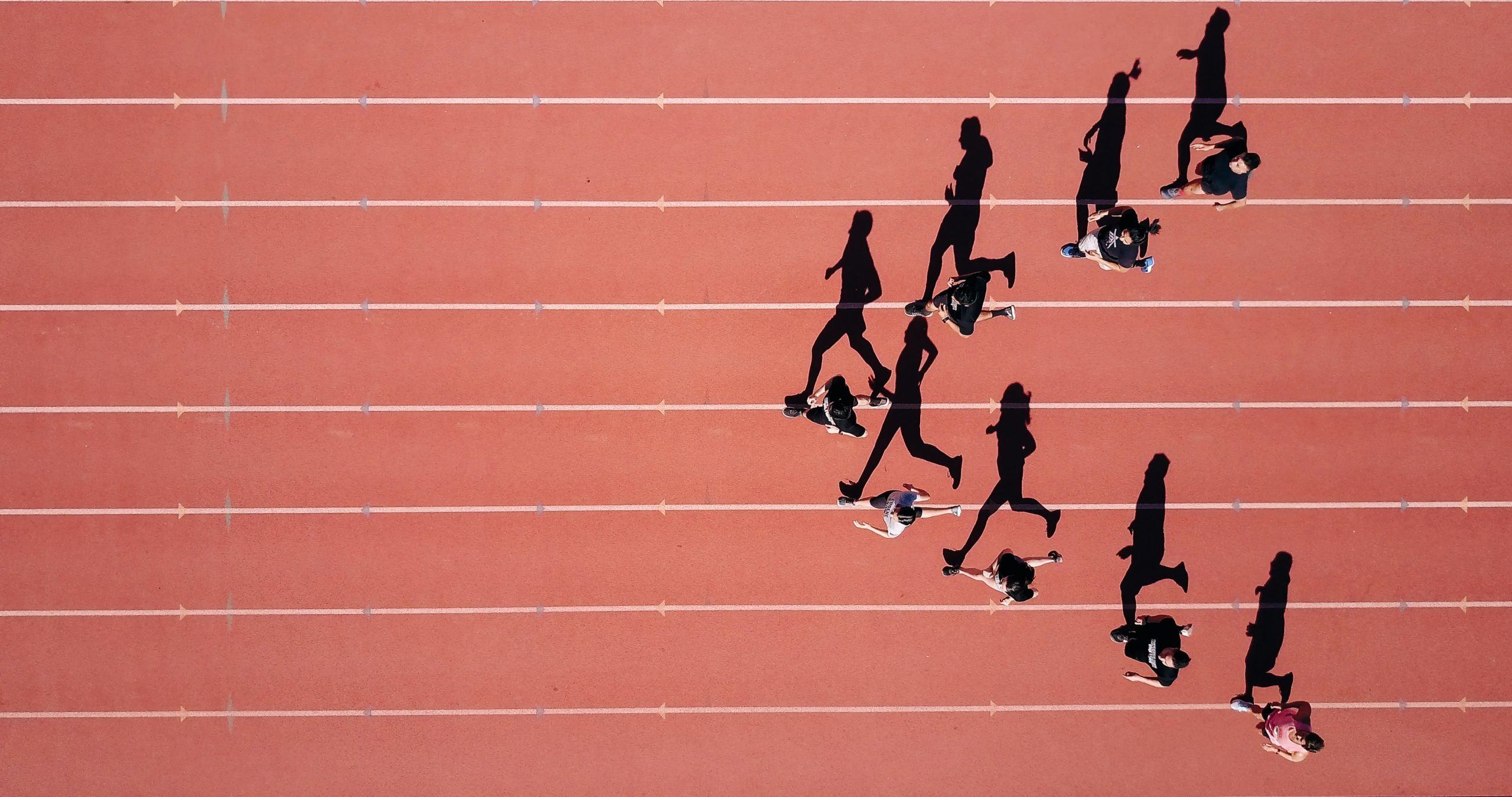 Thinking that you’re not disciplined or consistent is a self-limiting belief. It might have been born in your childhood, but it’s an illusion.

Unfortunately, because you believe them, there are influencing your thoughts, your actions, and therefore your results.

If you want to get help in overcoming them, I have an amazing upcoming online training to support you taking the first steps of your business or creative project and foremost, following through.