Can You Gain Confidence by Changing Your Thoughts?

Change your thoughts by watching movies

Movies and Series, like books, are a wonderful source of inspiration. Why? Because we love stories. Following a character on his journey through ups and downs, seeing how he overcomes obstacles and finally get a resolution - if we're not talking about arthouse cinema - is fascinating, and also helps you to change your thoughts and sometimes gain confidence. In a way, it can be therapeutical.

Indeed, the mind loves examples because seeing others in real life or in written and visual fiction, solving problems and getting to a better position, in the end, helps us to process complicated concepts and difficult situations.

Having blogged about film, series, and festivals for almost 3 years, I love to take the visual art and fiction in general to illustrate my points.

In the following case, I was looking for something with a light tone and found one of Amy Schumer's recent movies, "I feel pretty".

The concept of the film is far from being deep, but I immediately thought that it would be interesting as a case study to explore the question that many seem to be troubled by:
Can you gain confidence by changing your thoughts?

In a nutshell, this is what the movie is about: A 30-something who is supposed to represent an average looking woman (not my thoughts, it's just what she's supposed to represent in the story), live a life that doesn't really fit her aspirations. In part, because she's not aware of her own worth and makes decisions accordingly - for example, her workplace is in an odd basement. One day, as she takes part in a cycling session at SoulCycle (a fitness institution in the USA), she falls on her head and wakes up feeling like a gorgeous woman. 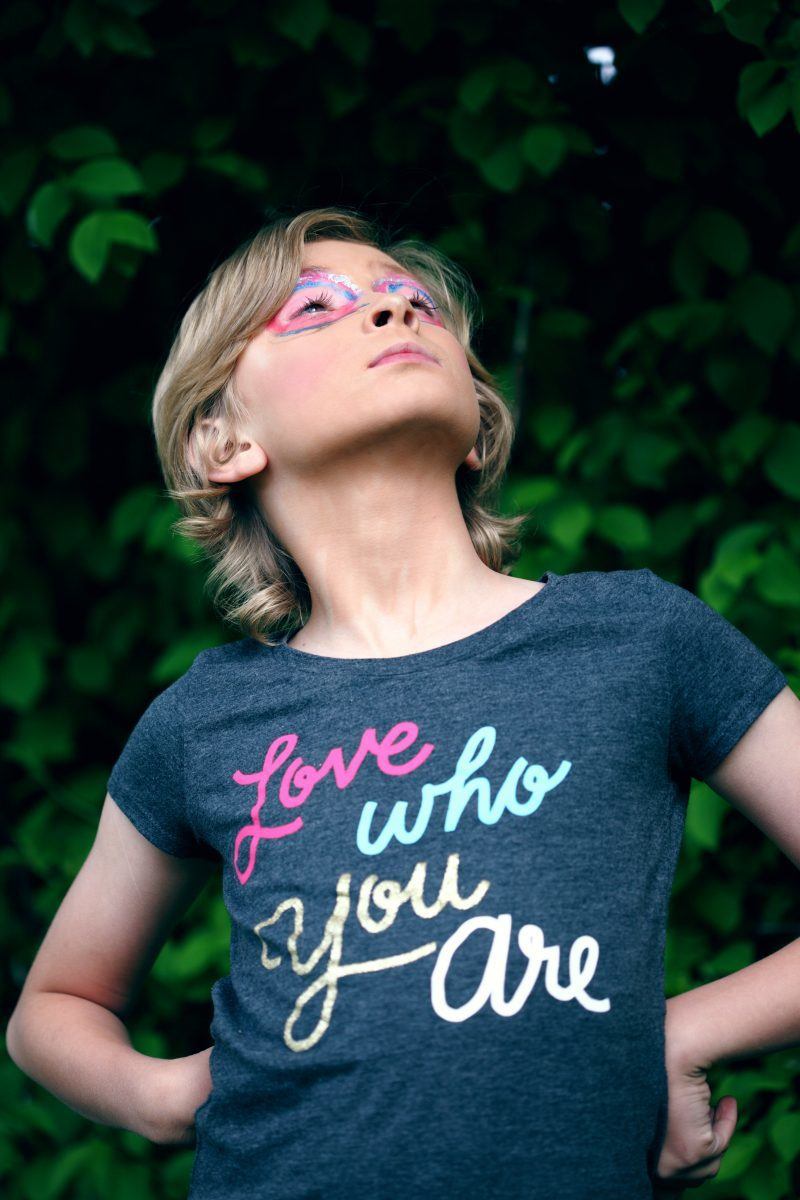 From now on, she's unstoppable. She applies for a job she would have never dared to apply for. She asks a man for his number while standing in a queue at the dry cleaner, she takes part in a bikini context and so on.

Most of her interactions with people are characterized by the following schema:
Firstly, confused by her extreme confidence, people start to take her seriously. In other words, they begin to see her the way she sees herself.

It means, that in "I feel pretty" the character gains confidence by changing her thoughts.

Although, while the message "You're okay the way you are" or "just be yourself" is terrific, it's also a little too simplistic.

Nothing wrong with that, on the contrary. Being yourself and feeling comfortable in your skin should be a top priority in your life. If you aren't, nothing will be significant enough to make you feel better about yourself, worse, you might have difficulties to obtain what you really want in your life.

The problem with talking yourself into something that isn't true is that your brain won't believe a word of what you say. That's why positive affirmations will get you so far if you don't back it up by some actions. 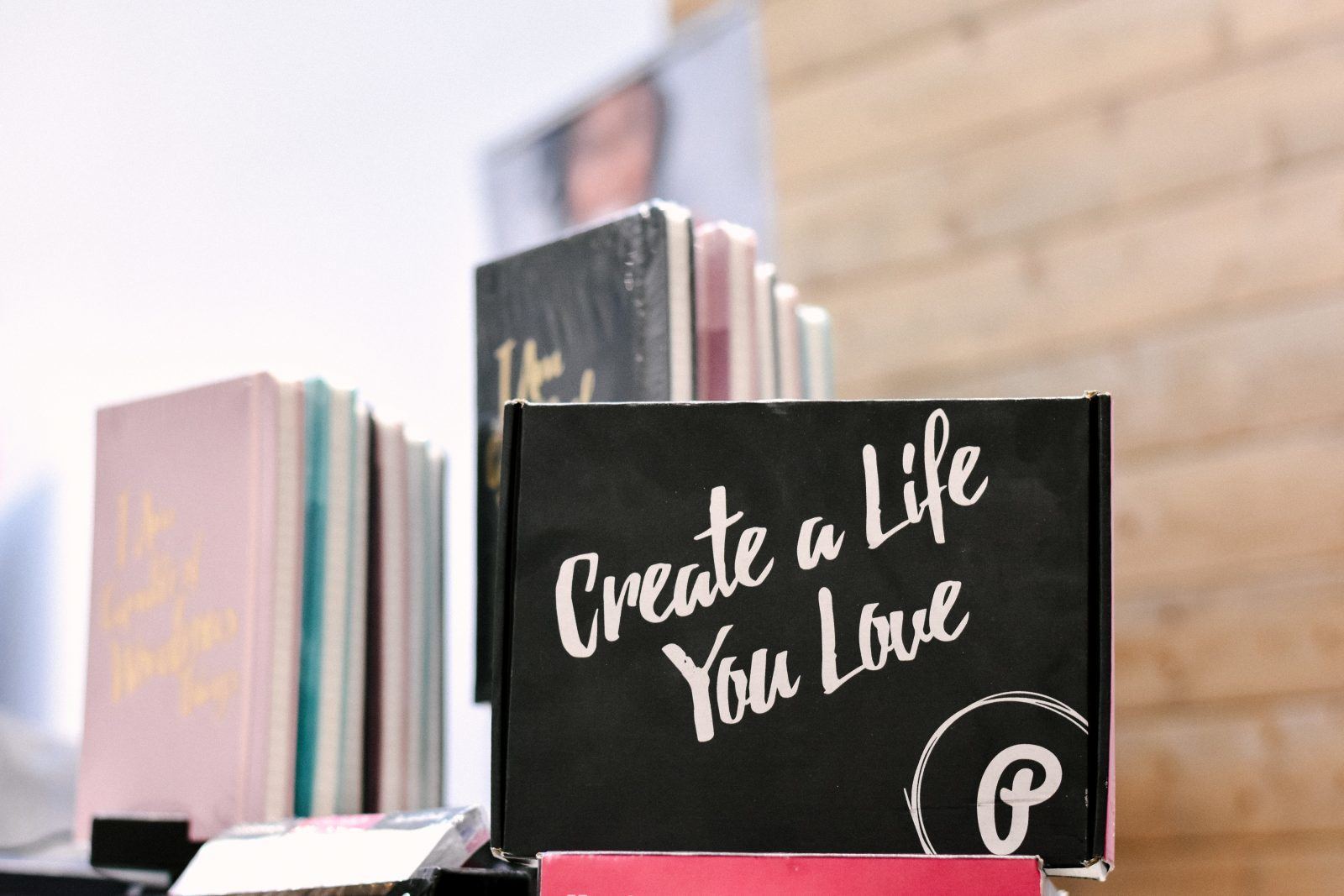 The Problem With Positive Psychology

Positive psychology is awesome. It has helped millions of people around the world.

It's a domain of psychology that was officially born through the president of the American Psychological Association, Martin Seligman, in 1998. Mihaly Csikszentmihalyi (you might know his book series on "Flow"), Christopher Peterson and Barbara Fredrickson are considered co-initiators of this "movement".

Positive psychology was regarded as a reaction against psychoanalysis and behaviorism, which have focused on what's wrong, more than on what's right for the past decades.

Even if he's a psychoanalyst, I'd say that the father of individual psychology, Alfred Adler, started to go in that direction, preferring a solution-oriented world view rather than a determining one, like Sigmund Freud spread it.

In a nutshell, the difference between positive psychology and pretty much every other branch of psychology is that the past doesn't count. It doesn't matter what you've gone through before, what matters is what happens from now on.

This approach is really helpful and constructive and used in coaching, but it is missing a piece.

Sometimes to come forward you need to dive into the past to be able to close a chapter of your life. At the condition it's solution-oriented, looking for patterns in the past can actually help you change the course of your future. Because in order to break a thinking pattern, you need to understand where it comes from first.

Understanding is not healing.

It's part of the healing process.

So is positive thinking. If you start with positive thinking and ignore the rest, depending on the depth of your wounds, forcing yourself to think positive thoughts without going back to the root of your problem, isn't only not going to help you, it's going to cause a backlash (you'll feel worse) and making you feel guilty on top of it. It's quite binary:

What you fight is going to get bigger.

Instead of repeating 50 positive affirmations in front of the mirror you don't believe a word of, you need to acknowledge first what is going on within you. I didn't say for all eternity but at least for a few minutes. From there, you can start to work on getting better, using positive affirmations (a.o.) and optimize your worldview, day by day. Not the other way around.

With your growing experience, you'll be able to distinguish when your negative thoughts are delusional and when it's time to listen to them and draw some conclusions. 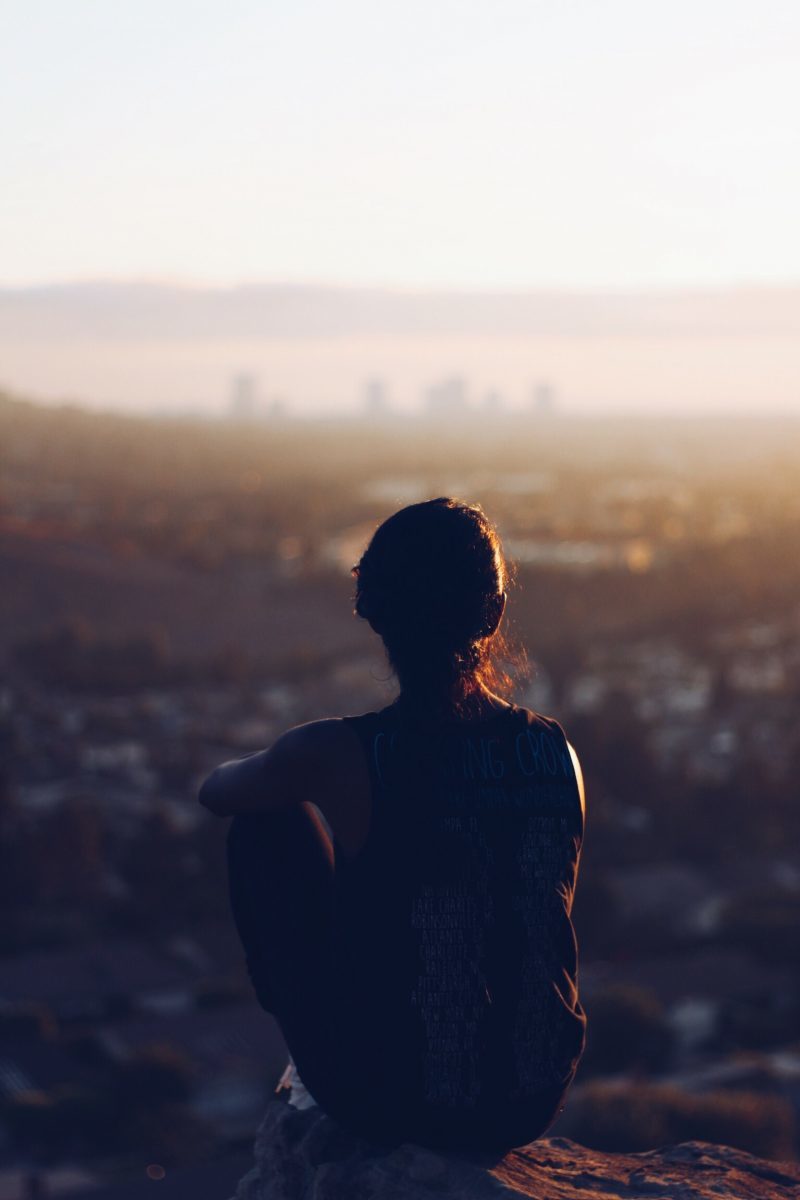 Differentiate what you feel from what you think

Now, what do I mean by that?

Let's say that you feel angry about a friend who never calls you back.
Your thoughts could be the following:

"I call all the time, but he never cares to call me back because he doesn't care at all. He probably doesn't like me and doesn't want to be friends anymore but hasn't the courage to tell me!"

First, you feel disappointed, maybe a little sad (again here, it depends on what thinking patterns you go back to when you have similar experiences), until you switch to anger as a defense mechanism (you create what you think is emotional distance).

So, to get back to positive psychology, if you feel angry, getting in front of the mirror and saying 50 positive affirmations to yourself is probably not going to work. Have you ever tried to tell someone who's bursting in rage to "calm down" and were successful at it? I thought so.

Positive affirmations have incredible power and it might help for a while, but if you never take care of the real reason, why you feel angry, it might get right back at you like a boomerang at some point. Let it be days, weeks, or months, but it will if you don't take care of the rest.

Your negative emotions are a signal that something is wrong. Whether something external that has to be changed or the way you handle and see specific situations (your expectations, habits you have to handle fear or frustration, etc.). Lots of people navigate in the later, that's why they're never happy, no matter what they achieve.

And trophy and cars are awesome but they aren't going to fill the void either.

The key is to find inner peace and grow (financially, spiritually, in your relationships, etc.) and that's where taking actions come into play.

In the case of "I feel pretty" the character started to feel confident first and then began to change the world around her.

But does it mean that you can gain confidence by changing your thoughts first? 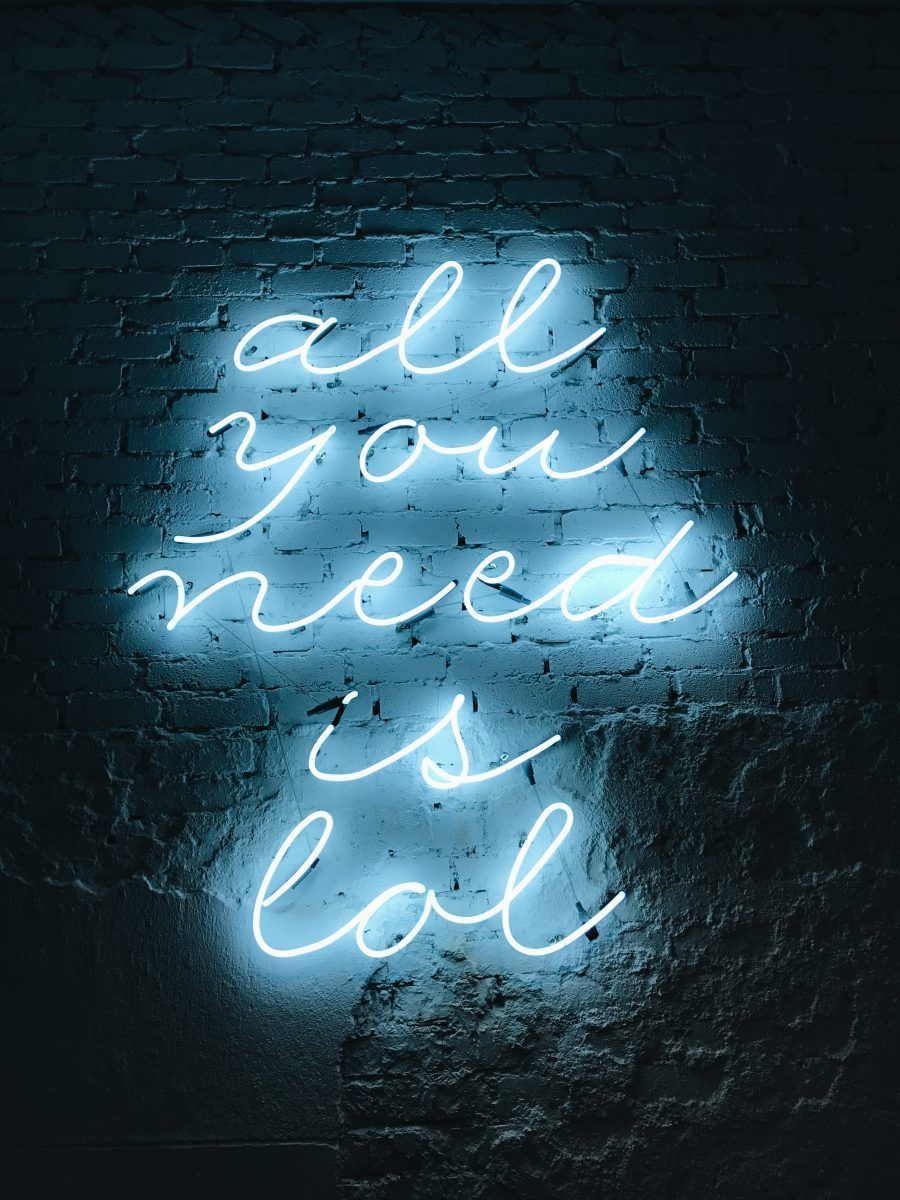 So, Can You Gain Confidence by Changing Your Thoughts?

The thing is, feeling confident might have started in your mind first - for example as you were a child. If your parents were confident in your capacity to reach the next level of achievement, you took actions every time and got results from those actions. Your confidence grew year after year.

But if you didn't have the privilege of having supportive parents who gave you a solid basis you could build upon, you'll have to find another way to break the vicious circle before you can be confident a hundred percent. In this case, changing your thoughts first won't make you gain absolute confidence, taking action will.

To wrap it up:

If you feel a lack of confidence about something, there are two possibilities, whether:

1. You haven't put the work in and now, it's time to roll up your sleeves and stop talking.

Especially if you're scared out of your mind.

That means you'll experience setbacks and your own limits so that you can start to grow and develop mental strength from there.

The lower your self-esteem, the less you'll be willing to confront yourself with uncomfortable situations. Meaning, learning something and endure the fact that you'll suck at it right away or at some point (learning plateau).

The more you'll be willing to play the game of growth and learning, the better you'll get at it and the more fun you'll have to do it.

It's called a growth mindset.

Overcoming things that scare you and working through frustration will boost your self-esteem.

2. If there is no possibility whatsoever to change the outcome, you'll have to change your perception.

Changing your perception can take a few minutes, days, weeks, or years, depending on what kind of psychological problem you're carrying around with you and how flexible you are.

That said, there are far more things you can change than you think.

Having an open mind for what's possible and training yourself to change your perception as often as necessary will magically open doors you never thought were there. 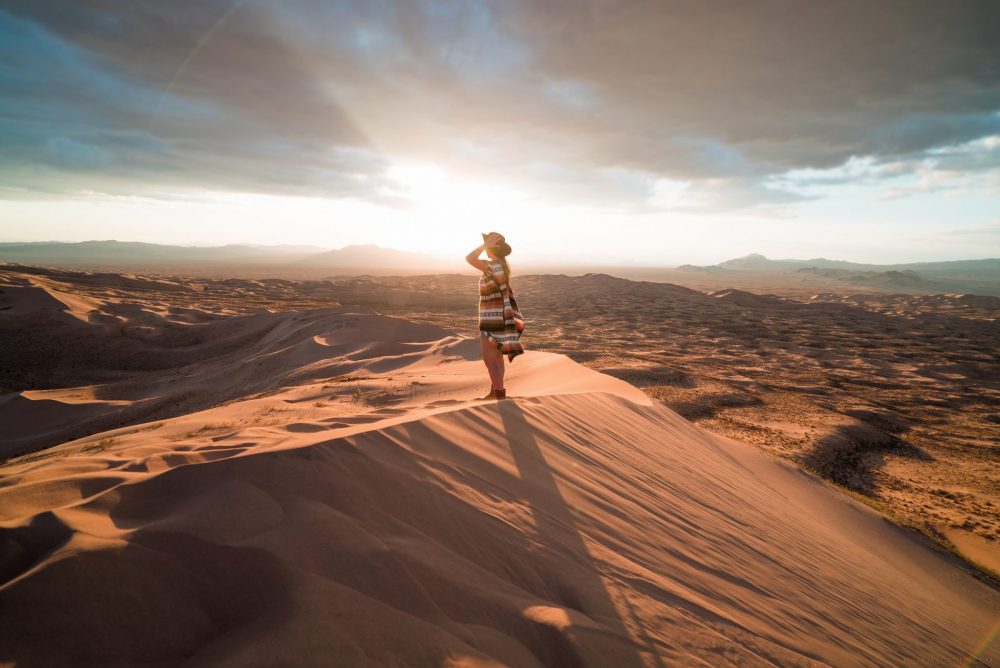 Whether you're trying to talk yourself into lies you don't believe in so that you don't have to deal with your "current reality" by taking actions, or you're the "never good enough" kind of person, know that you're okay the way you are. It's not a competition, it's about feeling good in your own skin, and not regret having done nothing about your dreams at the end of your life.

We all try to find coping mechanisms to deal with the (sometimes) harsh "reality" or past that continues to haunt us. The Thing that is primordial to achieve in life, is a certain level of joy. It means that if you rarely feel joy, it's not the time to settle.

By working on yourself, and staying positive and looking for challenges (leaving your comfort zone from time to time), and taking actions regularly, you'll wake up one day and wonder how it can be that you feel so confident, and far and foremost, so happy "all of a sudden."